We have a large Playlist of popular music through the decades presented in an exciting mix to appeal to all ages & to get people up & dancing.

Our appearance is important to us, we have a smart Band dress code,
(no t-shirts, dirty jeans & trainers for us!!!)

We are ideal for that ‘Special Celebration Party’, ‘Wedding’, or ‘Black Tie’ do.

We are a proper Band of musicians that have been performing together for many years. We are not a group of so called ‘Session Musicians’ thrown together for that ‘one off’ gig. This is a vitally important consideration when booking your entertainment.

We provide our own PA System and Lighting plus CD playing facilitie for background music during dinners and to cover break times. We are covered by Public Liability Insurance and our equipment is PAT tested.

We are widely travelled and have played many well respected venues large and small, not only in and around London and the South East, (Surrey, Sussex, Essex, Oxfordshire, Kent, Hampshire, Wiltshire, Berkshire etc.) but as far afield as the South West, (Devon, Cornwall, Avon) and Wales. 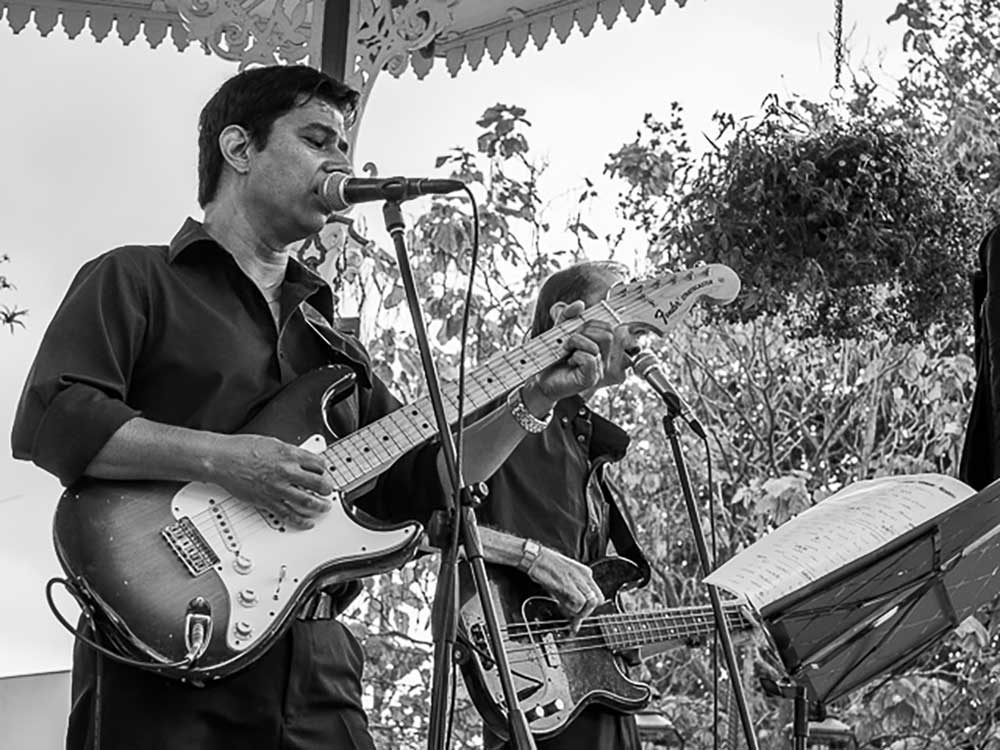 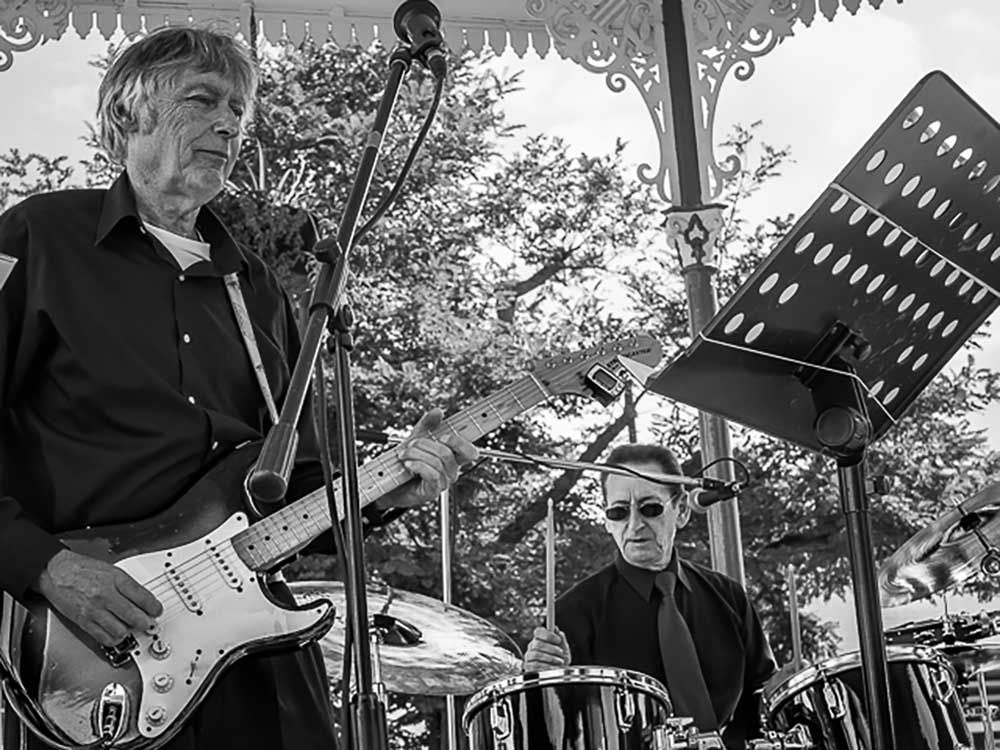 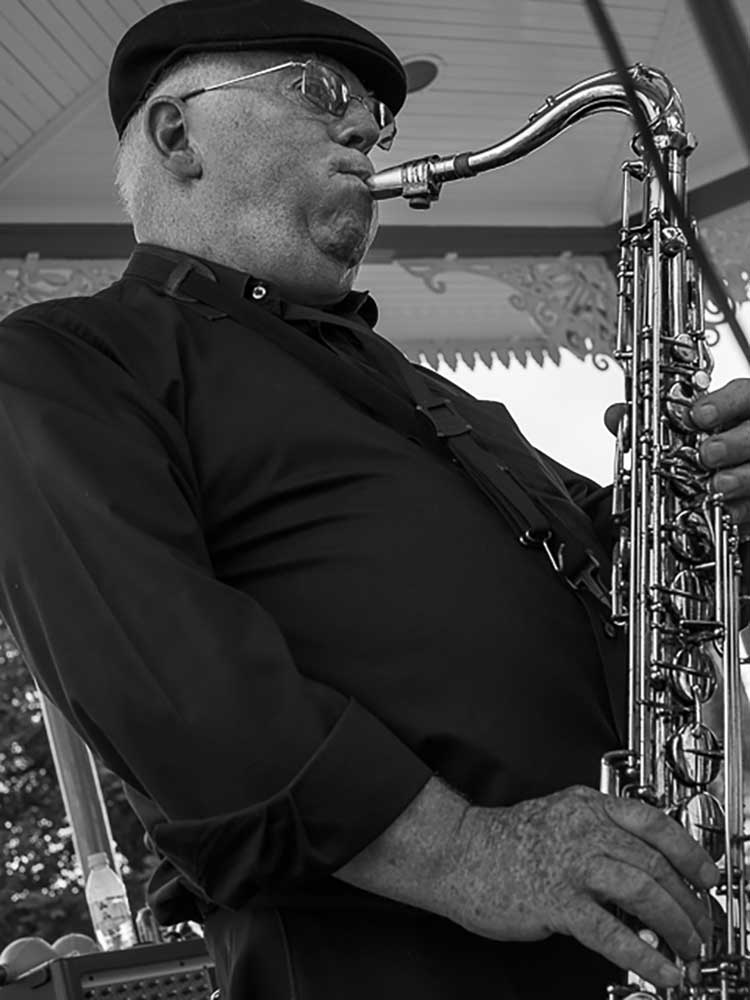 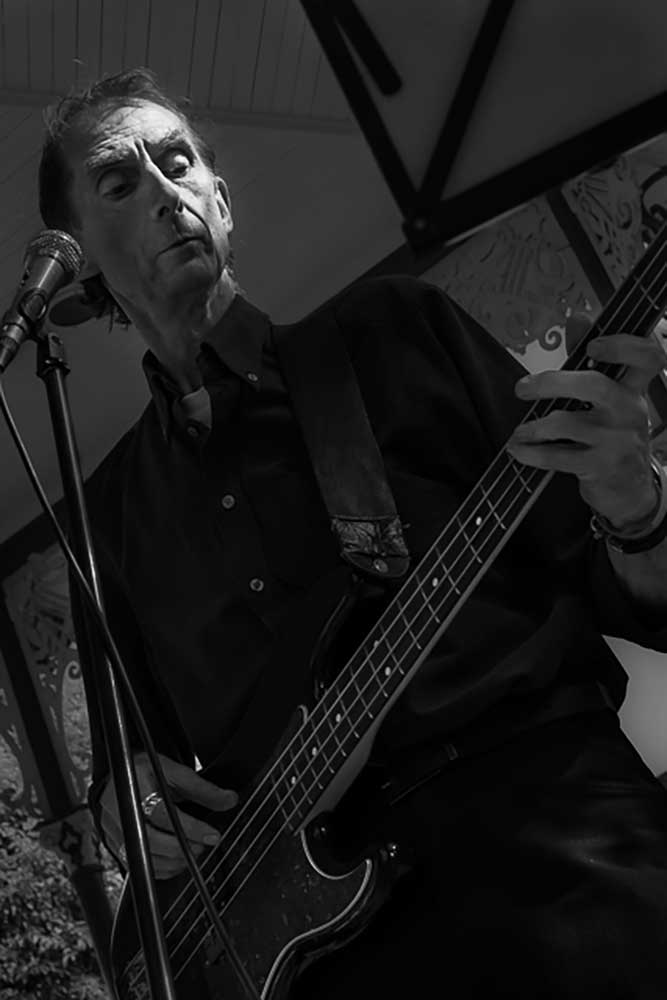 History of The Revivals Band

‘THE REVIVALS BAND’ are an experienced and established five piece Rock & Pop Function & Party Band based in Surrey, UK. We cover all popular music from 1960’s – 2000’s from well known artists to appeal to all ages. We have played many Venues large and small all over the South of the UK for Dinner Dances, Wedding Receptions, Masonics, Birthday & Anniversary Parties, Social Clubs as well as outside Bandstand Concerts, Town Fun Days and Barbeques.

The origins of the Band are in the late 1970’s when three colleagues working for ‘Bourjois Chanel’ in Croydon, Surrey who played guitars and had an interest in 1960’s Rock & Roll music formed a Band together with a drummer friend.
The Band were called ‘The Swinging Sidetrackers’.

They enjoyed reasonable success during the 1980’s playing regularly in Social Clubs and private bookings for Parties and Dances all around the South London, Surrey and Sussex areas.  There were a couple of personnel changes during this time with the Drummer and Bass guitar. They became a very popular group and bookings continued to flow in.  In 1989 the founder, lead guitarist and organiser of the group fell ill and had to leave.

The group was quickly reorganised for the New Years Eve gig in 1990 with a replacement Drummer, Lead Guitarist and drafting in an additional Saxophone player alongside the existing Bass player & frontman Vocalist/Guitarist, making the group a five piece outfit.  The group bonded and was an instant hit.  It was also thought that the Swinging Sidetrackers name was a bit outdated and was Country & Western influenced.  We wanted to cover a wider range of pop music and so the name ‘The Revivals’ was decided on.   The lead guitarist & vocalist Ray Boxall and the Tenor & Alto Sax player Norman Craggs joined at this point and are still with the group today.

Norman Craggs took up the running and organising the Band from the mid 1990’s.  Great success followed during the 1990’s with bookings at many major Functions and Venues including a number of big London Hotels, The Hilton, Croydon, and Epsom Queens Stand, Kempton Park and Sandown Park Racecourses and many others. The Band were also booked every Epsom Derby Day to play for the crowds arriving at the racecourse for the Derby.  The Social Club circuit also continued to provide lots of bookings.

In 2002 the Bass player left the group and was replaced by our current member Bassman Alan Wise.

In 2008 the only remaining founder member of the original Swinging Sidetrackers who fronted the Band and provided Lead Vocals, Rhythm & Lead Guitar left the group.   He was replaced by frontman Paul Bettley who was recommended by bassist Alan Wise.  They had both played together in the reformed 60’s group ‘The Honeycombes’ who had a number one hit with ‘Have I The Right’ and had toured the country during the 1980’s.  We also had to replace the drummer at this time with our current member Les Green who was a very experienced drummer. He had toured Germany with pop groups and had depped with us many times.

It was also noted that there were a number of recent Bands around that had the name ‘Revival’  or ‘Revivals’  in their title, so to save any confusion the official group name was fixed at … ‘THE REVIVALS BAND’ in block capitals

With Paul Bettley now fronting the Band we went from strength to strength with a setlist of lots of new material which bonded the group in to a real close harmony unit.  With Paul’s vocals and guitar playing and our backing harmonies we went in a new direction. Bookings continued to flow in from many areas including New Years Eve at the Randolph McDonald Hotel, Oxford scene of most of the Morse TV series. The Band performed in Worcester, Cornwall, Devon, Wales, Somerset, & Oxfordshire and all over the South East during this time and were in great demand.

Unfortunately Paul had a serious health issue in early 2013 and had to cease playing.  We managed to co-opt in a fellow musician Andre Gomez at short notice who we knew and considered had the right approach, voice and Guitar playing ability to front the Band to our professional standard.

Once again we have gone in a new direction with Andre now settled in and possibly the Band sounding better than before. Andre’s vocal style and guitar playing is a perfect fit for us adding to our popularity bringing in more bookings. Many Function bookings were secured along with Social Clubs & Bandstand Concerts, especially for Lions Club Conventions, Dinner Dances, Masonics, plus New Years Eve celebrations at the Chichester Park Hotel for which we have been rebooked on three occasions to a sold out venue.

This year 2022 unfortunately our regular Drummer Les Green has had to retire due to health issues and has been replaced by Matthew Oliver who has depped with us on many occasions.

We think that The Revivals Band’s longevity and success has come about not only because of our collective musicianship and organisation, but also that we are all good friends and can socialise as well as play together musically.
This is the essence of being a musician and playing in a Band.

So we will continue to play as a Band, evolve and entertain as long as we are able, and as long as people enjoy our style of music and continue to book us.

Best wishes and regards to all of our many Clients.

We ‘REVIVE’ all the favourite hits of years past. All of our covers are from top artists.

Our fees are based on playing time, distance travelled, and clients budget. Please contact us with details for a quote. We are always happy to discuss your event and fit with your arrangements and budget.